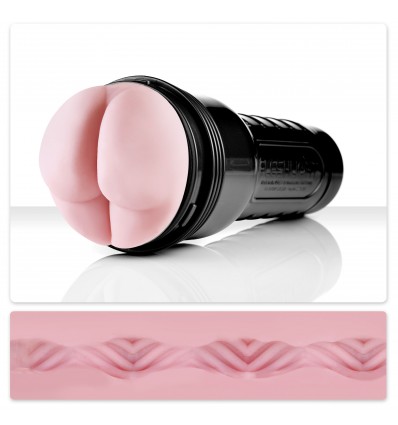 Fleshjack Pink Jack Ass
Unlike the Fleshjack Pink Butt, the outer part of the Pink Jack Ass is shaped like a real butt - in fact, like a wonderfully round little "bubble butt". This Fleshjack butt actually has butt cheeks, between which appears an enticingly looking tight butt-hole awaiting.

The superior tightness sensation and the realistic looking appearance combine to make the Pink Jack Ass my choice from among the three Fleshjack Original Orifices. And, as with the Fleshjack Pink Butt, I would recommend pairing the Jack Ass up with the Vortex canal.

13 other products in the same category:

Marc Dorcel - Too Much